The word Phytotherapy derives from the Greek words "phytón", meaning plant, and "therapeía", meaning treatment. Therefore, phytotherapy means plant-based treatment. Although not classed as medicines, the plants involved in this type of therapy boast medicinal properties that promote wellness, provide relief and even cure certain diseases. In this sense, they may be useful in the treatment of some physical and mental conditions.

The use of plants for medicinal purposes is probably the most ancient method used by Humankind to heal diseases or alleviate their symptoms.

Phytotherapy is about using what nature gives us in a less aggressive manner, in order to promote health, as recommended by the World Health Organisation (WHO).

A great interest in plants has driven Humankind to discover their properties, virtues and toxicity, little by little. Having regained their role as a valuable therapeutic resource, plant-based therapies are becoming increasingly widespread. In fact, we now benefit from a scientific Phytotherapy, since countless plant-based products are currently produced according to rigorous scientific principles and stringent efficacy requirements. A few plant-based medicines are also used in conventional medicine.

It is a known fact that plant-based products are used by approximately 80% of the world’s population. In this sense, the WHO is attempting to ensure that better healthcare is made available to all in the 21st century, through adequate research and development.

Plants can be an excellent nutritional aid, in addition to traditional Dietary Supplements and classic or conventional medicines. Phytotherapy is starting to receive the respect it deserves in Portugal and is being adopted by an ever increasing number of qualified professionals, based on scientific knowledge.

Phytotherapy is not just another therapy, but one that will be going places in the future.

Meant to complement a healthy diet, Dietary Supplements usually consist of concentrated sources of nutrients or other substances with nutritional value or physiological effects. Therefore, these products should be taken in small doses.

Dietary Supplements currently include numerous and strikingly diverse products, containing a wide range of ingredients (namely vitamins, minerals, amino acids, essential fatty acids, fibre and plants, amongst others) and offered in a series of pharmaceutical forms (capsules, lozenges, tablets, powder formulations in sachets, liquid formulations in ampoules or dropper bottles, and other powder or liquid formulations).

Dietmed believes that the stringent safety and efficacy requirements applicable to healthcare products in general should also apply to the range of Dietary Supplements traditionally used in primary healthcare. By following these principles, Dietmed is able to offer products of recognised quality. 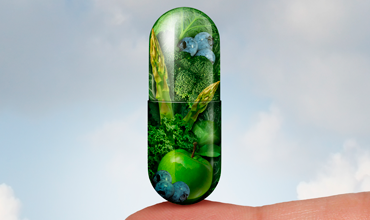 CREATE NEW ACCOUNT
Please select whether you are already a client or if you are a healthcare professional.
Client Professional
CREATE ACCOUNT

Registration is reserved for clients and healthcare professionals.

Your registration was successfully completed.

Your request for information was successfully sent.

Your request for partnership was successfully sent.